Vaginismus Explained: The Incredibly Common Condition No One Talks About 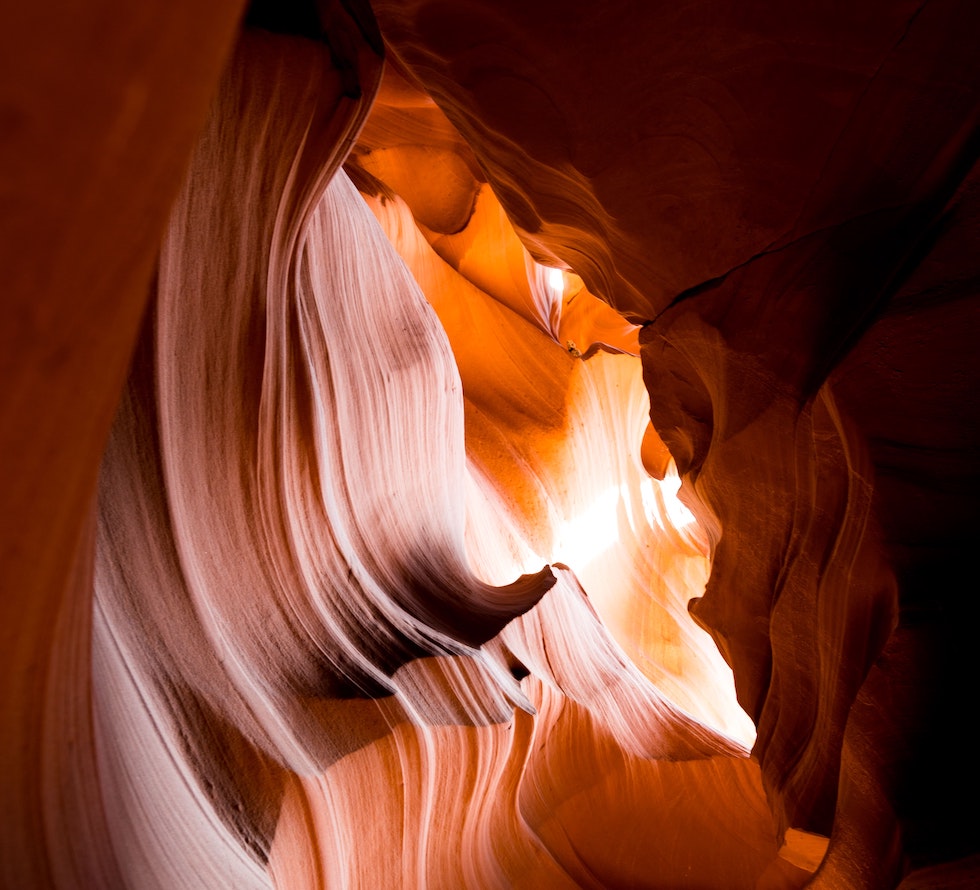 If you’ve stumbled on this article because you’re experiencing some kind of vaginal pain during sex, you’re far from alone: Almost 75% of people with vaginas experience pain during sex at some point in their lives and about 20% have chronic pain during sex. Of those, between 1 and 6% may have been diagnosed with vaginismus.

Vaginismus is “a condition in which your pelvic floor muscles involuntarily contract or spasm in response to attempted or anticipated vaginal penetration,” explains Origin physical therapist Dr. Ashley Rawlins, PT, DPT. “It's this involuntary reaction that may limit or even prevent vaginal penetration by anything at all  — a tampon, penis, toy, finger, medical applicator, or speculum.”

A complex condition with both mental and physical components, vaginismus can be hard to talk about, even with a healthcare provider. It’s important to know that, regardless of its cause, evidence-based treatments are available, including pelvic floor physical therapy.

We’re here to explain what we know about the condition, what it has to do with the pelvic floor, and why physical therapy can be so helpful when working through it.

Though still widely used by healthcare practitioners, vaginismus is becoming an outdated term. In the past, the Diagnostic and Statistical Manual of Mental Disorders (DSM) described vaginismus as recurring or continuous involuntary spasming at the vaginal opening that causes pain during sex and is accompanied by a psychological component. With vaginismus the part of your brain that controls your emotions and behaviors (the Limbic system) orchestrates this involuntary response, to essentially “protect” from vaginal penetration.

With the release of the DSM-V in 2010, vaginismus and a similar condition called dyspareunia (defined simply as “pain during sex”) were both replaced with the broader term genitopelvic pain/penetration disorder (GPPPD). (This shift was suggested by sexual pain expert Yitzchak M. Binik in a 2009 paper that argued there was no clinically meaningful reason to differentiate vaginismus and dyspareunia as experts had been for around 150 years.) Instead, dyspareunia and vaginismus can be considered on a spectrum of sexual pain disorders, with varying degrees of muscle tension and reflexive protective muscle guarding.

Today, a GPPPD diagnosis requires that one or more of the symptoms below be present for 6+ months and lead to significant mental distress.

A key feature of a GPPPD diagnosis is that the pain can’t be explained “by the presence of another disorder, severe relationship distress (e.g., intimate violence), or other significant stressors, or by use a substance or drug.”

Since GPPPD is a relative newcomer, it’s not surprising that research on this diagnosis lags far behind vaginismus: A recent PubMed search reveals that 53 papers have been published on GPPPD versus 453 published on vaginismus.

The anatomy of vaginismus

The pain that occurs with GPPPD including vaginismus, can be a result of overactivity in the superficial and deep layers of the pelvic floor muscles. The pelvic floor muscles wrap around the vaginal opening and can control penetration and blood flow, and contribute to overall pelvic health.

According to Dr. Rawlins, vaginismus can sometimes come on without a known cause — all of a sudden, there’s pain before or during vaginal penetration. Other times, she says, the pain can initially have a medical cause — like bacterial vaginosis, endometriosis, or pelvic cancer. The Cleveland Clinic adds that other contributors may include childbirth-related injuries (vaginal or perineal tears), past surgery, anxiety disorders, negative feelings around sex, or a traumatic event like sexual assault.

Another common component of vaginismus is a physiological response known as “guarding.” “Your pelvic floor can act as a built-in guardian for this area of your body,” says Dr. Rawlins. “If you have any reason to anticipate pain with penetration or if you have anxiety about penetration or sex, your pelvic floor muscles may automatically tighten to protect you — this can happen without any conscious action on your part.”

A 2021 systematic review and meta-analysis supports a significant association between a history of abuse, both sexual and emotional, and the diagnosis of vaginismus. Dyspareunia was also significantly associated with sexual abuse. Which is why it’s especially important for healthcare providers to screen patients for a history of abuse when treating pain during sex.

“With pain before or during penetration, there is often some sort of past trauma that is essentially leaving an imprint on your body. Trauma is not limited to sexual trauma, and can come in many different forms” says Dr. Rawlins. “When choosing a pelvic health practitioner, it’s important to find someone who is certified in trauma-informed care to ensure they know the best way to support you during treatment, and can keep you feeling safe and comfortable.”

The physical and emotional impact of vaginismus

What makes vaginismus so complex, as well as GPPPD in general, is this combination of psychological factors (fear/anxiety) and bodily symptoms (pelvic floor muscle spasms). Not surprisingly, the effects of vaginismus impact both your psychological and physical wellbeing.

Recurring pain before, during, and with anticipation of vaginal penetration during sex is a hallmark of GPPPD. This can, understandably, have a significant impact on romantic relationships if sexual intimacy is feared or avoided altogether.

Being physically unable to use tampons or menstrual cups could be a sign of vaginismus and pelvic floor muscle dysfunction — but a doctor might not always understand that the muscles, or a condition like vaginismus, may be involved.

“Especially for those individuals who first had symptoms at a young age, like those who just never could put a tampon in, patients are often told that they're just 'small down there,'” says Dr. Rawlins. “Sure, the vaginal entrance is small, but you should be able to insert a tampon without difficulties or pain. If you can't and there isn't an infection present or some other obvious cause, pelvic floor muscle dysfunction is probably involved."

Going to the OB-GYN

Not being able to withstand any kind of vaginal penetration is difficult enough on its own, but vaginismus can also have a potential impact on overall gynecological health.

Dr. Rawlins tells us the physical symptoms of vaginismus, and the ways in which it can disrupt our lives, often has “a huge emotional component.” “When you're younger, it's like, ‘I just want to wear a tampon’ — then when you're sexually active, there's almost this sense of failure in your body because you can't ‘perform’ in that way,” she explains. “It can lead to feelings of guilt or shame.”

The emotional aspect of vaginismus is why addressing mental health is always an important element of treatment, as we’ll get into more in the next section.

The contributing factors of vaginismus are multifactorial, so treatment recommendations are too. Here are the main ones to know about.

“Pelvic floor physical therapists specialize in the health and wellness of the pelvic floor and are specially trained to treat pain occurring with vaginal penetration,” says Dr. Rawlins. “We have an in-depth understanding of how this pain can lead to changes in the body and the central nervous system — the central nervous system changes that occur because of pelvic pain can be hard to untangle, but are fundamental to overcoming pain.”

A physical therapist can specifically address the musculoskeletal system and the nervous system in addition to providing education on how your pain is affecting you.

Physical therapy treatment may include:

Some pelvic floor physical therapists may also incorporate an intravaginal sensor that is used to measure muscle activity through what’s called “electromyographic biofeedback,” which can really help to improve your awareness of, and control over your pelvic floor muscles. For anyone who’s sexually active with a specific partner, they may be invited to participate in treatment. Pelvic floor physical therapists also know that a multidisciplinary approach is best when it comes to managing pain, so it’s not uncommon to provide resources for psychotherapy, meditation and medical management as well.

Other available treatments for vaginismus

Getting psychological support is equally important to physically addressing GPPPD, says Dr. Rawlins. “When treating the pelvic floor muscle dysfunction associated with pelvic pain, it is common for patients to progress better and faster if they're also being seen by someone that understands sexual pain disorders from a psychological perspective,” she explains. Dr. Rawlins specifically recommends a sex therapist or a psychologist who specializes in sexual pain disorders.

Depending on the factors contributing to pelvic pain, other medical treatments may also be a key component. “If there was something that caused that muscular and emotional response, like an infection or a medical condition that caused pelvic pain, that also needs to be addressed,” says Dr. Rawlins.

What can you do if you think you have vaginismus?

People with vulvas who experience pelvic pain (or really any kind of pain) are often dismissed — especially those who are Black. This means conditions like GPPPD, as well as endometriosis, frequently go undiagnosed. It’s a longstanding problem that pelvic experts like Dr. Rawlins are actively fighting. That’s why Dr. Rawlins says that seeing a pelvic floor physical therapist can be a great first step if you think you might have vaginismus or any kind of pelvic pain.

“A physical therapist will be able to help you determine if pelvic floor dysfunction is contributing to symptoms associated with vaginismus — or rule it out — and help you know where to go next,” Dr. Rawlins explains. ” You can book an appointment with an Origin physical therapist right here.

You can also always start with your primary healthcare provider — especially if you think there might be a medical condition, like an infection, causing vaginal pain. A therapist can also be a good first step. Wherever you feel most comfortable starting, trust that feeling better is possible! 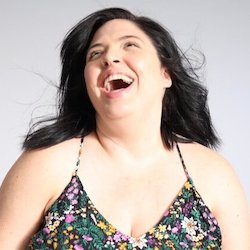 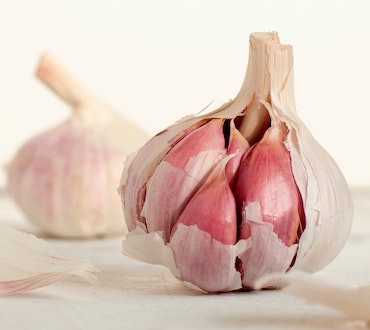 Jul 05, 2022Chloe-Anne Swink4 MIN
10 Foods That Could Be Making Your Bowel Incontinence Worse 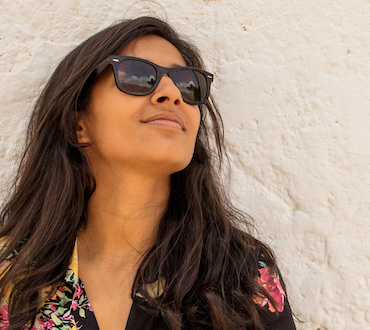 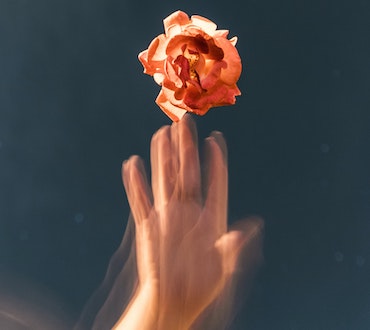 Jun 23, 2022Chloe-Anne Swink3 MIN
Origin + Maude: How to Get More Pleasure from Your Pelvic Floor
See All Articles
Ready to bring your body into focus? 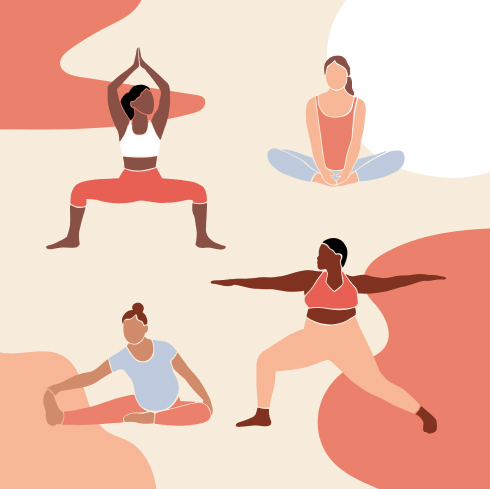